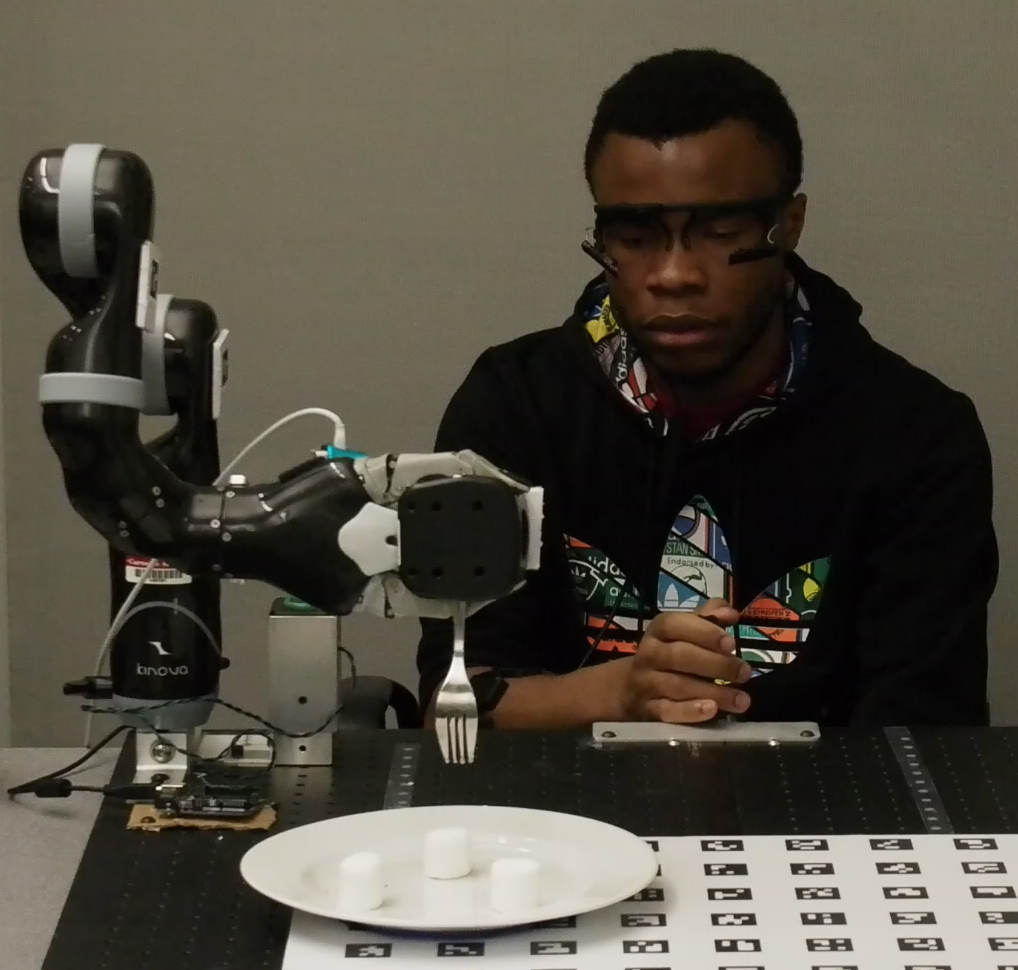 We present HARMONIC, a large multi-modal dataset of human interactions in a shared autonomy setting. The dataset provides human, robot, and environment data streams from twenty-four people engaged in an assistive eating task with a 6 degree-of-freedom (DOF) robot arm. From each participant, we recorded video of both eyes, egocentric video from a head-mounted camera, joystick commands, electromyography from the participant's forearm used to operate the joystick, third person stereo video, and the joint positions of the 6 DOF robot arm. Also included are several data streams that come as a direct result of these recordings, namely eye gaze fixations in the egocentric camera frame and body position skeletons. This dataset could be of interest to researchers studying intention prediction, human mental state modeling, and shared autonomy. Data streams are provided in a variety of formats such as video and human-readable csv or yaml files.

Full details are available in the accompanying paper DOI; PDF of accepted manuscript.

The data set can be downloaded here. The most recent version is harmonic-1.0.0.

The files available are as follows:

To visualize the data, you may use the code available at https://github.com/HARPLab/harmonic_playback. Code for accessing the data is coming soon.

To receive updates about this dataset (including notifications when a new version is posted), join the mailing list.